Arrow symbols (🡐 🡒 🡑 🡓) are used every day on the Internet. Arrows can point up, down, right, left, and diagonally (↖ ↗ ↘ ↙). Here I made a list of the arrow symbols available using our favorite symbol font: Wingdings!

The arrow is a graphic sign, used to mark or indicate the direction, being a simple shape composed of a segment with a triangle on one side, and in more complex shapes the representation of the current pretty arrows. The direction (down, up, right, left) is that which continues along the length of the line towards the end covered by a triangle.

Unluckily, the arrow symbol is not present in the standard keyboard set of Wingdings font characters, introduced in 1990. By looking at the Wingdings Keyboard Map, we can see that the only alternatives are fingers that point in all four directions: ☜☞☝☟ . You can test this by typing the letters (uppercase) EFGH on the Wingdings Translator.

To Add Wingdings arrows to a document, email, or instant message, you will need to use the second version of Wingdings from 2010 called Wingdings 2, or use the “special characters” option on a text editor such as Microsoft Word.

How to write the Arrow Symbol in Wingdings 2

1. One way to insert an arrow symbol on Windows is with the help of a word processor application such as Microsoft Word or OpenOffice Writer, and using the Insert> Symbol command.

2. This will open a dialog box called “Symbol” (or “Special characters” in some versions) that lets you browse through all the available symbols for the types of fonts that are already installed on your computer. In this case, we will look for the arrow symbol you need, which we can find either in the Wingdings character map or Wingdings 2. Other popular fonts also include arrow symbols, so feel free to explore all the fonts available and find the arrow icon that you like.

This picture shows the Symbol dialog box in Microsoft Word with the Wingdings font selected, and you can see the arrow symbol and other icons that you can copy or insert in your Word document.

This Character Map allows you to see and use all the characters and symbols, including arrows, available in all fonts (some examples of fonts are “Arial”, “Times New Roman”, “Webdings”) installed on your computer.

First released in 1990 by Microsoft, Wingdings is a font that uses symbols instead of traditional letters and numbers. The initial Wingdings font had a wide range of symbols, from religious to telephone to shapes.

There are three Windings versions, and Windings 2 and Windings 3 were introduced around the same time as the original version. Version 2 is similar to the original, but version 3 is markedly different. It has only arrow symbols. Windings is closely related to the Webdings font. Learn more here.

Wingdings 3: Did you know?

Arrows to Copy and Paste

These are not necessarily Wingdings Arrows but you may find them useful to copy and paste in your text. Simply use your cursor or finger to select the text on this page and then right-click (or tap and hold) to select the option Copy.

Did you know? The arrow is a symbol of penetration, of openness. The hole it produces is a light. It also symbolizes thought, which introduces light and the creative organ, which opens to fertilize. It is also the trace of light that illuminates the closed space, because it opens it and the solar ray, a fertilizing element and separator of the images.

It is a symbol of the exchanges between heaven and earth. In a downward direction it is an attribute of divine power, like the punitive ray or the ray of light or fertilizing rain. In an ascending direction it is related to the symbols of verticality; it signifies rectitude that, defying heaviness, frees itself from earthly conditions.

It is the universal symbol of overcoming normal conditions, mental anticipation of the conquest of a good that is out of reach. It serves to symbolize the breakdown of ambivalence, unfolded projection, objectification, choice, time oriented. Indicates the direction in which we are looking for identification. It is a symbol of unification, decision and synthesis. 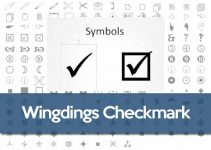 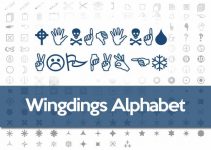